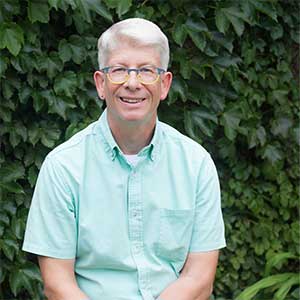 A key to good teaching, I believe, is loving your students, even if they aren’t always especially lovable. Sometimes, in fact, you have to talk yourself into it. But if you can, it pays great dividends. Students sense your concern for them and take criticism better. Moreover, teaching is more fun for me, and enthusiasm is infectious.

Whatever I’m teaching, I use examples from my personal life told with a bit of self-deprecating humor. This puts the students at ease and encourages them to share their own experiences, so that they can see how the subject is directly relevant to their lives.

I have used this approach to teaching for over twenty years at a number of colleges and universities in the Chicago area, most recently at Roosevelt University, where I won the Willet award for adjunct teaching in the humanities.   I just completed a set of lectures on what we can learn about the problems of American congressional government from the German philosopher and legal theorist Carl Schmitt in the theology and political science departments at Loyola University Chicago, which I expect also to deliver again in Germany in the summer of 2018.

“Seitzer is a great teacher who is teaching to make sure his students are learning. Very helpful and provides great feedback. There is a lot of reading and he will review the reading in great detail the following class. Lots of papers are written throughout semester but it’s not terrible. Participation does matter in the end but its easy to do.”

“One of the best instructors I’ve ever had for Political Science. Extremely willing to go over the material and is genuinely passionate about teaching. Definitely high on my list of teachers I would recommend.”

I didn’t care for school much while growing up. Probably the only thing that got me through high school was the time stamp from my buddy’s dad’s answering service. It was identical to the one in the school office, so we were able to skip classes with impunity for three years.

College was different. I only took classes that interested me, and I didn’t have to hang around between classes. I could freely move between working, exercising, partying, and studying. College life was very liberating and stimulating, so much so I went to graduate school, eventually completing a Ph.D. in political science at the University of Chicago. No., I know nothing about elections, as my interests were in history, law, and philosophy.

The fact is I never quite settled down intellectually. Besides spending considerable time and effort studying interpretation in the divinity school and in the comparative literature department, I completed a number of classes in the law school and even worked as a research assistant there. I continued to broaden my interests, first by doing a post-doctoral fellowship at the Max Planck Institute for European Legal History in Frankfurt, Germany and then later studying law and philosophy at the Institute for Advanced Legal Studies in London.