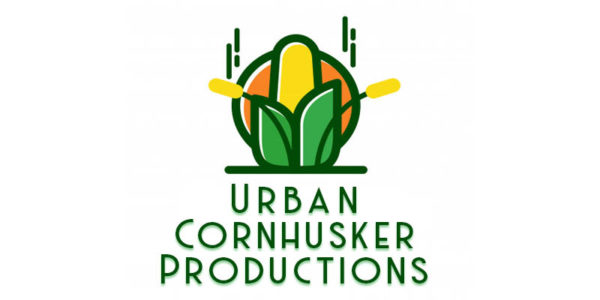 Everyone is on edge these days. Apparently, suffering through a pandemic while the planet is dying is just a little too much for some people. You never know when someone is going to lose it. An old lady ambling down the sidewalk toward you. Brace yourself. She could bring it.

Really, though, this is nothing new. The world has always been coming to an end for someone. Romans, pagans, Luddites, taxi drivers, the list goes on and on. What can we learn from how people in olden days dealt with the added tension apocalypses produced?

Jesus comes to mind right away. Talk about a guy under a lot of pressure. People were either trying to kill him or wanting a small favor from him like raising the dead or freeing the Jews from the Romans. On top of that he had the whole identity thing. Carpenter? Vintner? Mystic? Son of Man? Son of God? God? I guess he just had to check the “other” box for identity on forms. Anyway, Jesus’s default response when challenged was to ask a question. When the chief priests demanded to know by what authority he was performing miracles, Jesus asked them in turn, “Did the baptism of John come from heaven, or was it of human origin?” His detractors were left scratching their heads, giving the king of peace a moment of peace himself. So, in a tense moment, come back with a question.

Field test #1. “Hey, I was here before you,” someone barked as I ordered the last blueberry scone.

“Haven’t you heard that the last will be first and the first will be last?” I gently asked. My potential antagonist was completely nonplussed.

Okay, you say, that was the Jesus in Matthew. Jesus in the Gospel of John was not so cagey. “How long will you keep us in suspense?” a crowd asked. “If you are the Messiah, tell us plainly.” The Jesus of John did not respond with a question. Rather, he answered sort of plainly, “I and the Father are one.” That the crowd picked up stones suggests the approach of Jesus in Matthew is better suited to conflict abatement. Lesson #1: Stick with questions.

Another application: Teenagers. You gotta love ’em. They are so beautifully energetic, full of potential. But when they want something, and you can’t deliver, they become human tension pulsars emitting waves of panic-inducing stress.

Ironically, the very thing fueling the conflict here – the natural revulsion teenagers feel for adults, especially their parents – can also help de-escalate the situation. Note the results of my informal study of how long the typical teenager can talk to an adult. Right away, a pained facial expression. Five seconds later, the fidgeting begins; after ten seconds, their eyes are darting quickly as they assess potential escape routes. At the fifteen second mark, they dash for the nearest exit. Lesson #2: string them along for at least fifteen seconds.

The Ancient Greek philosopher Socrates was put to death for corrupting the youth of Athens. But he also demonstrated how to get today’s youth off our backs: ask too many questions. Open a Platonic dialogue at almost any point to find a comic instance of Socrates wearing down the most determined of opponents with a barrage of questions. Midway through Book I of The Republic, for example, the ever-combative Thrasymachus speaks for many readers when he blurts out, “What is this nonsense that has possessed you for so long Socrates?” In the end, though, even Thrasymachus was reduced to nodding his assent.

Socrates was trying to define “the Good.” Your aim is far more modest. So, it doesn’t really matter if the questions don’t go anywhere or even make sense. In fact, throw in some completely incongruous ones to keep them off balance. The important thing is not to let up until you reach their pain threshold.

Field test #2. The next time your fourteen-year-old makes an outrageous request, say, to take the train by herself to another state to spend the weekend with someone she met on the internet, start right in with the questions. “How old is this person? What does he do? Does he live alone? Is he a swing voter in presidential elections? Is he in therapy? Group or individual? How often do they clean the bathrooms on Amtrak these days? Do you walk to school or carry your lunch? On and on until they beat a hasty retreat.

They will be back, of course. Usually at your weakest moment; kids have a sixth sense for these things.  And other people will yell at you again for no good reason. But at least now you know what to do.